Select an area of Japan you wish to visit to search for Japanese Guest Houses or Ryokans in the area. 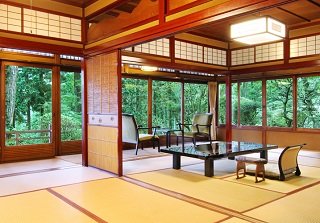 Take a look at our curated selection of high end Ryokans throughout Japan. 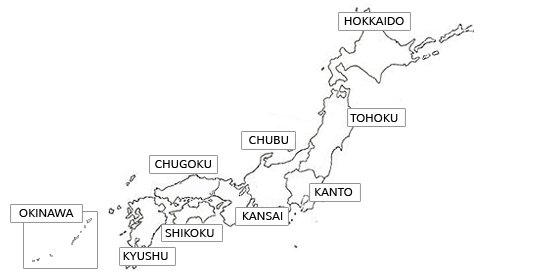 Japan has eight beautiful regions rich in culture and diversity. Select a region to explore and view available ryokans.

Having just returned from Japan last week, I’ve got a pretty good idea of what is happening in some of the major cities outside the quake/tsunami zone.
Shinjuku in Tokyo 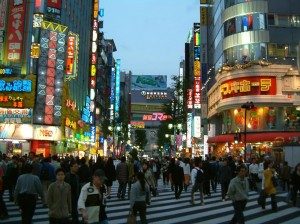 We were on a 3 week trip March 22 – April 12. We stayed about one week each in Tokyo (first), Hiroshima (second), and Kyoto (last). This was our fifth extended trip to Japan in as many years, so we have a good feel for what “normal” is compared to our experience this year.

While we were in Tokyo, we closely followed the news reports regarding the Fukushima nuclear crisis, as most people in Tokyo did, but most people continued on with their lives normally. We stayed in Shinagawa, and along with the rest of central Tokyo (all around the Yamanote Line), we did not experience any planned power outages. The blackouts were only rolling through outlying areas of the metropolis. Also, there were no changes to the Yamanote schedules. I do know that the Narita Express train was suspended, but resumed on an altered schedule on April 4. Also, various night spots (like Shibuya) shut down early to conserve electricity. It was a bit eerie to see that area dark at night. But since such energy-saving measures were put in place, Tokyo Electric found that demand was not as high as anticipated and ended the rolling blackouts in Tokyo-to. We did not notice any shortage of food or water in central Tokyo. Convenience stores seemed to be well stocked with basic necessities. We did see, however, at a few restaurants (including Jonathan’s) limited menus due to some highways being shut down and transportation of some goods not getting through.

There’s not much to say about Hiroshima and Kyoto. Everything seemed completely normal in those cities. Everyone went about their business normally. Plentiful food, water and electricity. Obviously, foreign tourism was down, but there were still plenty of Japanese tourists in the major spots in Kyoto and Hiroshima. Aside from the ryokan we booked through your service (in Atami – everything seemed very normal there as well), we stayed at a ryokan at Ogoto Onsen on Lake Biwa. I hadn’t been there before, but the ryokan was bustling with business, so I can only assume it was business as usual for them (on a Monday, no less).

Well, I hope some of that information gives you an idea of at least what I experienced on the trip. Thanks again for a wonderful service!