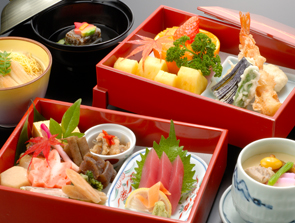 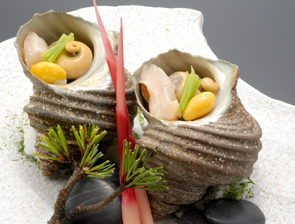 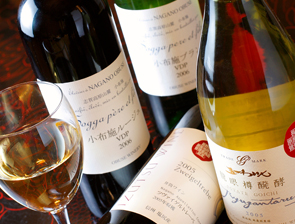 Meals requests, and views on food, are not expressed in the same way all over the world. To help travelers with special dietary needs communicate their requests to their host ryokans, the following definitions and explanations are the guidelines that Japanese Guest Houses uses when communicating with your ryokan about your meal request. We want to make sure that we understand your needs, so we can communicate them clearly to the ryokans.

If you have any special meal requirements like Celiac, allergies, vegetarian with fish, vegan, or specific foods that you cannot eat, then you must tell us when requesting availability. Please keep in mind that special meal requirements will limit the number of ryokans available to you and it may be impossible to find one for you. Of course we will do our best to find a ryokan that can prepare meals for you.

Please tell us your Meal Requirements when Requesting Ryokan Availability.

There are several degrees of vegetarian meals:

All allergies need to be brought to our attention and explained in detail.

Meals without Fish but with Seafood and Katsuo Dashi

Your meal will not contain fish but it will have Katsuo Dashi. Also, you might be served meals with shellfish, crustaceans, mollusks, octopus, squid, and seaweed.

Meals without Seafood but with Fish

Your meals will not contain seaweed.

You will be served meals without raw fish or raw seafood but cooked fish might be served.

You will only be served cooked food.

Gluten is the common name for the proteins found in all forms of wheat (including durum, semolina, spelt, gamut, einkorn, and faro) and related grains rye and barley. Unfortunately, gluten is used directly or indirectly in the preparation of many foods in Japan that include:

It is often recommended to carry a personal supply of Tamari (wheat-free soy sauce) that can be used to compliment meals at the ryokan or at a restaurant. Also, this gluten-free restaurant card can be used during your stay. Any other special requests should be brought to our attention. Japanese Breakfast Usually ryokans serve the following dishes as breakfast: White rice, cooked fish, miso soup, seaweed, vegetables, eggs, natto.

When the chef of a ryokan prepares a Western-style breakfast it might include the following dishes: salad, coffee, toast, eggs, jam, butter, fruits, sausage, ham

Kid meals For guests traveling with children under 6 years old, some ryokans serve kid meals. By kid meals, the ryokans mean: a smaller portion than adult meals and the food is usually Western combine Japanese style. However, the kid meals are different in each ryokan.

Diabetic Meals Many ryokans can prepare diabetic-friendly meals with low calories, without sweets or sugar, without white rice and white deep-fried food.

Animals From the Sea

Fish: The flesh of any aquatic vertebrate, in either salt or freshwater, that has gills, fins, and typically an elongated body with scales.

Seafood: any shellfish, crustacean, mollusk, octopus, or squid from saltwater or freshwater.

Grains, Nuts, and Other Ingredients

Food in your room