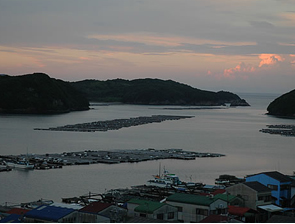 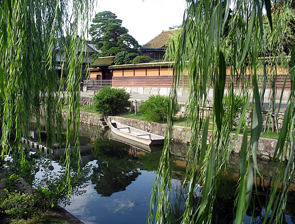 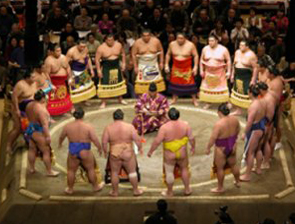 To many people unfamiliar with sumo wrestling, it is just a sport where two large men charge into each other. However, this could not be further from the truth. Being a sumo wrestler requires long hours of training, technique, a strong sense of discipline, and a total commitment to the lifestyle…

Sumo is a very competitive and physical sport that originated around 1,500 years ago. The basic idea is to force the other wrestler to either step outside of the “dohyo”(circular ring) or touch the floor with something else besides the wrestler’s feet. A majority of the time the matches only last a few seconds, however, matches can last longer depending on the technique, strength, and skill of the two wrestlers competing. This seems like a simple task, but a lot of training and proficiency is required to become a successful wrestler.

Life as a sumo wrestler is highly structured, with rules laid down by the Sumo Association. Professional sumo wrestlers are required to live in dormitory-type residences known as sumo training stables. Everything is controlled from who eats first, wears what clothes, and performs the more mundane tasks to maintain the “heya”(stable).

While I had a brief stay at Chuo University, I was able to join the sumo team for practice and observe them train. When we first walked into the heya, it was warm and humid. We sat down off to the side on a hardwood floor and began to observe the team practice. The sensei (instructor) sat on a pad, drinking cold ice tea in which you could see the condensation on the outside of the glass. As the wrestlers trained, they would not speak unless the sensei shouted a brief message to correct their technique. However, there were times when an individual wrestler seemed to be summoned to the sensei and almost reprimanded for making a mistake. During practice, three main training techniques are used; challenge matches, “sanban-geiko”, and “butsukari-geiko”.

Challenge matches: These matches take place after warming up. They are very similar to the way wrestlers fight in a tournament which is often regarded as the best form of training. This also serves as an opportunity for less experienced wrestlers to challenge the highly skilled wrestlers.

Sanban-geiko: This type of training stretches a wrestler’s stamina to the limit. In this training, two wrestlers fight each other over and over to wear each other down. This allows the wrestlers to hone their techniques against different styles of wrestlers as well.

Butsukari-geiko: In this style of training, two wrestlers pair up and take turns pushing one another from one end of the dohyo to the other. The wrestler being pushed plants his feet as the other wrestler pushes him across the floor. This is done until most of the dirt from the dohyo is pushed from the center of the ring to the outside. When the exercise is done, the dirt is moved back towards the center of the ring and spread back out evenly.

Watching sumo wrestlers practice is a very intense experience. The picture I had painted in my head of sumo was very bland and only involved two overweight men running into each other. However, after seeing how intense the training and practice matches are, I have a new found respect for the sport. The intensity of sumo can be compared to American football or rugby. As the wrestlers train, they receive cuts, bloody noses, and oddly shaped injuries that swell up at the point of impact on their shoulders. Regardless of any injuries, they continue to train to make themselves better. Wrestlers train from the early morning, normally around 6:00 a.m., and even earlier if it’s a lower ranking wrestler, until lunchtime. Normally the wrestlers train six days a week.

After the practice was over, the sumo team treated us to a “Chankonabe” (a type of hot pot) dinner. The wrestlers showered, then began setting up the meal within five minutes of the practice ending. I eventually sat down at one of four tables which seated about eight to nine people. On each table, there was a big pot sitting over a gas fire, filled with some sort of broth. As appetizers, we ate white rice, fried eggs and ham, salad, tofu, and octopus. Meanwhile, the lower-ranking wrestlers began to add all of the other ingredients into the pot. This included cabbage, beef, noodles, chicken, and a few other vegetables. It was very delicious and I ate so much that all I wanted to do is go to sleep, which is also a common sumo “training” technique to gain weight. It is common for the wrestlers to sleep directly after eating such a large meal to amplify their weight gain. The meal is often prepared and served by the lower-ranking wrestlers and they only get to eat when everyone is taken care of, even guests of the heya.

Regular nabe (hot pot) dishes are cooked commonly throughout Japan. However, chankonabe is normally a special sumo dish. Chankonabe restaurants can be found all around Japan. They are more common in Tokyo’s Ryogoku district, which is known as the center of the sumo world. The restaurants are normally owned by former sumo wrestlers and are packed with sumo memorabilia. The food will be in smaller portions and have more refined ingredients, so it will be very delicious.

Six tournaments are held every year. Each one lasts 15 days and starts and ends on a Sunday. Three tournaments are held in Tokyo in the months of January, May, and September. Then there is one each in Osaka, Nagoya, and Fukuoka with the tournaments taking place in March, July, and November respectively. A great web-site to buy tickets from outside Japan and to see when and where the events are scheduled is BuySumotTickets.com.

Sumo is a great sport with many traditions. The wrestlers that dedicate their lives to sumo are committed to the history and traditions infused in the sport. Every day of their lives is lived in a way to make them a better wrestler in anticipation of the day that they can become a professional sumo wrestler.